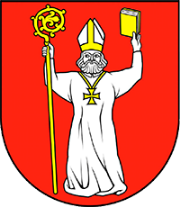 Applicable to the Action 1, Measure 1.1

The day of 17/08/2017  was dedicated to welcome and to know our project partners, the sights of Tekovské Lužany and changes in our city in 70 years from the exchange of the population. The participants have prepared a exhibition “Life in a new homeland”.

The day of 18/08/2017 was dedicated to 20 common years of Tekovské Lužany and Bátaszék through the eyes of the mayors, citizens and NGO. They signed the co-operation agreement of both communities. The second part of the day was dedicated to the events before 70 years through workshops, talks about migrations of citizens toady and before 70 years in Europa, film projection, mentioning, presentation of book Tekovské Lužany 1947 - 48, theater performance and exhibitions, awarding prizes Pro Urbe.

The day of 19/08/2017 was dedicated to multicultural background fo the partnertowns and for the peaceful coexistence of the peaceful coexistence of different nations in the form of dance, music and singing, the common cooking of gastronomic specialties and the opening of a folk house where the exhibition of life in 1947-48 was installed, moments and documents concerning the exchange of the population.

On 20/08/2017, the meeting participants focused on commemorating the events during World War II by placing the wanders at the Monument of the Fallen in World Wars, visiting historic museums.

On 21/08/2017, the meeting participants focused on summarizing the results of the meeting, planning other community programs for the inhabitants of the co-operative cities.

Change in appearance, Structure of pages, RSS, print out